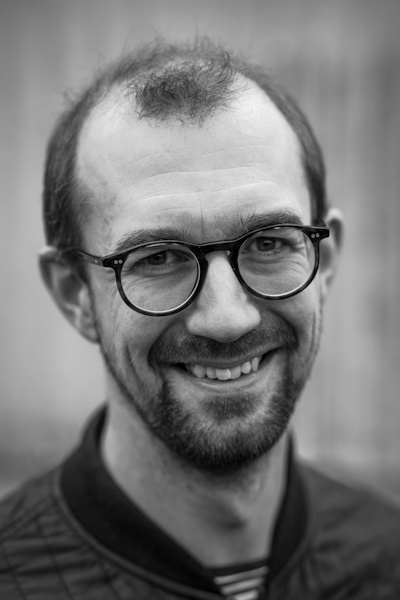 TO BEGIN WITH: WHERE ARE YOU FROM?

I am born and raised in Odense, but moved to Copenhagen to study after high school. I have BA degrees in Philosophy and Social Science and an MA in New Media and Communication from University of Illinois in Chicago. I did my PhD at the Department of Organization at Copenhagen Business School where I studied the emerging use of digital traces as an empirical source in social analysis and decision making. After my PhD I moved to AAU, where I have been active in building up TANTLab, which is an interdisciplinary meeting ground for researchers interested in data-intensive humanities (see www.tantlab.aau.dk).

WHY DID YOU APPLY TO BE A PART OF THE TALENT PROGRAMME?

Being part of the talent programme enables me to take important steps towards establishing a research agenda around my interests. Having the possibility to hire a PhD student to work with me makes it possible for me to formulate a project with a scope that I would not have the resources to carry out on my own. Besides that, the programme gives me a useful possibility to share experiences with colleagues who are also making their first experiences as research leaders.

WHAT IS YOUR RESEARCH PROJECT MORE SPECIFICALLY ABOUT?

The project is focused on city planning, because the way we develop our cities have huge consequences for how we live together in an increasingly urbanized world. City planning is currently developed in a smart city paradigm where new forms of data and representational techniques shape the way the city is imagined by decision-makers. However, such techniques are often developed with reference to the so-called ‘Internet of Things’. This means that the city of often portrayed as a space where material things can move around in more or less efficient ways. The consequence being that the good city is often thought of as a city of efficient flows.

Humanistic approaches to city planning have traditionally opposed this way of representing and conceptualizing a city. For instance, urban anthropology has emphasized the importance of understanding local relations and places when making strategies for city planning. Such situated insights into city life have often been achieved through qualitative methods such as interviews and observations. Accordingly, it is not obvious how such theories of the city can fit into the data-intensive paradigm of the smart city.

My project consists of experiments in using digital methods and data from the web to represent relations, encounters and meanings in new ways within the context of city planning. For instance, the project will use digital traces from media such as Facebook, Instagram and Yelp to understand peoples use and sense-making of specific places in San Francisco and Copenhagen. This work will build on the work on ‘re-tooling ethnography’ already active in TANTLab.

HAVE YOU THOUGHT ABOUT HOW YOUR PROJECT CAN CONTRIBUTE TO BRINGING KNOWLEDGE INTO THE WORLD?

The project is carried out in close partnership with GEHL People (www.gehlpeople.com). GEHL have been a pioneer in anthropologically inspired city planning since the 1970´s have recently worked on inventing new measures of public life. Such measures are what I refer to as ‘critical metrics’ (see: http://www.tantlab.aau.dk/lab-philosophy/critical-metrics/) and the project will contribute to knowledge in the world by participating in the invention such metrics and ‘new social topologies’ in GEHL’s coming engagements with the re-development of the Civic Plaza in San Francisco. Besides that, the project will team up with the Studio of Public Space at the Exploratorium in San Francisco. This will enable the representations of the city built as part of the project to be put on public display and thereby stimulate discussion about the good city space. Alongside this work in San Francisco I will work with GEHL on analyses of Copenhagen and other Danish cities.

HOW DO YOU PLAN TO SPEND THE MONEY?

The most important thing is to hire a PhD student to help realize the project. Besides this I will use money on travels to San Francisco as well as a research stay at Density Design in Milano (). I will also need to subcontract programmers to code some of the tools needed for the project and I will organize research seminars on re-tooled humanities at AAU.

WHAT DOES IT MEAN TO YOU TO BE ACCEPTED INTO THE PROGRAMME?

Being accepted to the programme means a lot. It makes it possible for me to realize a research project that have a broader scope than would otherwise have been possible and it give me access to learn from a group of peers in the same situation as me. Also, I take it as a recognition of the work we have done in building up TANTLab as a hotspot for data-intensive humanities during the last three years.

WHAT DO YOU HOPE TO ACHIEVE WITH YOUR RESEARCH PROJECT?

I hope that experimenting with digital representations of the city can stimulate new empirical imaginations of city life. The aim of the project is to both develop new empirical methods for charting city life, develop theories of social topologies and plant the seeds for new practices of urban planning.

WHO IS YOUR ROLE MODEL WITHIN THE RESEARCH WORLD?

I do not have a single role mode, but I am inspired by people who have the courage to stick to researching what they are truly excited about in a world where the quickest pay-off is often to shape your research ideas to fit the current hype. Also, I admire researchers who dare to let their beliefs be moved by their inquiries. To me the most admirable thing a researcher can do is to admit mistake in the face of a better argument instead of sticking to preconceived ideas about what is true or even desirable.

WHAT DO YOU SEE AS THE MOST INTERESTING RESEARCH RESULT WITHIN YOUR FIELD OF RESEARCH?

My field of research have during the last 10 years been characterized by methods development and reflections on what the landscape of digital data means for the methods and epistemologies of the humanities. Important pioneering work in this area have been done by people such as Richard Rogers, Noortje Marres and Tomasso Venturini and carried further by many of the researchers engaged in The Public Data Lab (https://publicdatalab.org/). Rather than pointing at a specific result, I will say that it is the work done in these academic circles that have mean the most to the academic trajectory I have decided to follow.