Just Worlds: Cultural standards of social justice in US, China and Scandinavia 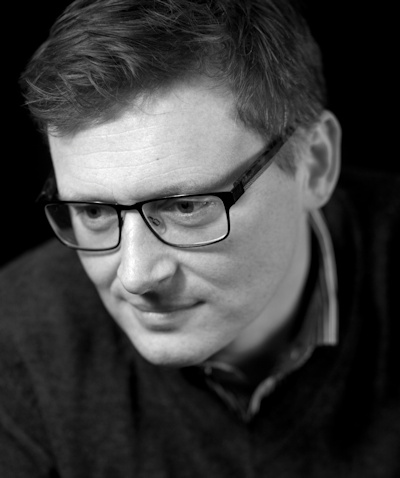 TO BEGIN WITH: WHERE ARE YOU FROM?

I come from Djursland – a peninsula on the east side of Jutland – but moved to Copenhagen after high school. Initially I moved to take up office as chair of the Danish union of high school students, but later I pursued an education in social work and, subsequently, in sociology.

WHY DID YOU APPLY TO BE A PART OF THE TALENT PROGRAMME?

I applied for two reasons. The first was that I was encouraged to do so by senior researchers at both my department and the faculty of social science. The second was that the project I had envisioned was hard to fund elsewhere and this program gave me an opportunity to carry out an important project that might otherwise stay in my desk drawer forever.

WHAT IS YOUR RESEARCH PROJECT MORE SPECIFICALLY ABOUT?

Across the world, you find very different types of welfare systems based on private or public insurance, family ties, religious institutions, tax financed systems and so on. These different systems represent very different ways of institutionalizing social justice, redistribution of resources, and ideas about who deserve help from others and who do not. My project pursue one every simple question: are peoples notions of what is just and who are deserving similarly different between countries or do they share principles of social justice despite institutional differences between countries? In order to investigate this question I will be collecting interviews data from the US and China to combine with data I have already collected from Sweden and Denmark. The interviews investigate the way people justify or critique the existing welfare institutions in their country and the ideas about what is right, just and good at the core of those justifications.

HAVE YOU THOUGHT ABOUT HOW YOUR PROJECT CAN CONTRIBUTE TO BRINGING KNOWLEDGE INTO THE WORLD?

Looking at the western world it seems obvious that something fundamental is going on. Inclusiveness, reciprocity, solidarity are some of the values that seems under pressure from a general values-backlash. This is certainly the case in the US and UK, but similar developments take place in across most of Europe. Most of this backlash is manifested as popular protests using the vocabulary of nationalism: us and them. I think that my project may – in a modest way – contribute to pushing that debate in another direction, showing that citizens across the world are eminently competent in reflecting on the fundamental principles of social justice that they think should prevail and justifying those principles. My research on the Scandinavian countries found this to be the case and I am confident that the same will be the case in The US and China. That is not to say that everyone will like those principles. Scandinavians have a tendency to think everyone must be a social democrat at heart, but point here is not to find the right set of justifications and principles. The point is that people do think about social justice and they do have opinions that are important to them for moral reasons – a point which seems to have been forgotten in most welfare politics and social policy across the world.

HOW DO YOU PLAN TO SPEND THE MONEY?

I will spend the money collecting, transcribing and translating 160 interviews from the US and China, hire 2 PhD-students and some research assistants, visit Beijing Normal University, which is partner for the Chinese fieldwork, and spend a semester at Harvard University, which is the partner for the US fieldwork. Part of the Chinese fieldwork is co-funded by the Sino-Danish Center for Education and Research in Beijing.

WHAT DOES IT MEAN TO YOU TO BE ACCEPTED INTO THE PROGRAMME?

I am honored to receive this recognition of my work and getting the opportunity to carry out this research, which might not have been possible otherwise.  I am also humbled by the confidence put in me by Aalborg University. In terms of my academic career, this is a remarkable opportunity to pursue research that I think is important and has potential, rather than research that fits in to the current government policy. I think that very much increases the chance that the project will create new knowledge and have impact both within the research community and outside.

WHAT DO YOU HOPE TO ACHIEVE WITH YOUR RESEARCH PROJECT?

It may be banal, but mostly I am driven by my own curiosity – my need to understand whatever I am investigating.

WHO IS YOUR ROLE MODEL WITHIN THE RESEARCH WORLD?

I have many, but if I have to choose one it is Georg Simmel. In his work, he managed to show how to always see context as part of the thing you are investigating. Moreover, I am inspired by his ability to make his work instructive in how to think rather than what to think.

WHAT DO YOU SEE AS THE MOST INTERESTING RESEARCH RESULT WITHIN YOUR FIELD OF RESEARCH?

Michèle Lamont has shown, recently, that the cultural and value filters which people see the world through are fundamental both for their ability to resist stigmatization and neoliberal pressures and to the potential success of social policies.